In the fall of the year 1917 a schooner barge was being towed into Kingston’s harbour in the midst of a troublesome storm.. Heavily loaded with coal the old timbers, of a vessel built in the late 1800’s, could take no more and the Aloha was swallowed up by Lake Ontario’s fury.. The tow vessel managed to pick up all the crew except the Captain who subsequently drowned.. The story does not end there however.. In the 1960’s the Aloha was found again by a couple of local Kingston divers… Then in 1980 the wreck suffered a great amount of destruction with the illegal removal of a large winch from its deck… To-day the wreck sits in 60 ft of water offering a good second or third dive or a warm up dive for those who wish to hone their skills for deeper water. In the summer fish abound, the water is warm, and visibility is great.

Around the year of Canada’s 100th birthday a 40 ft wooden trawler hull was started in Shelborne Nova Scotia.. The craft was being built for Ken and Lois Jenkins of Port Credit Ontario. The hull was brought to Port Credit and completed in their back yard. In 1968 it was launched.. The completed boat was christened The Effie Mae.. Around 1980 the Effie became the first live aboard dive charter boat in the Kingston area. In 1987 Ken sold the Effie to Ted and Donna Walker. Ken succumbed to cancer and died the following year. Ted and Donna started in 1987 to run charters out of Kingston and continued to the end of the 1992 season.. Ted was transferred out west. So the Walker family decided to sell their beloved Effie.. Finding no suitable buyers and not wanting their beloved Effie broken up or just left to rot. They decided to donate the hull for sinking to Preserve Our Wrecks Kingston. In the spring of 1993  they ran her for the last time to the Metal Craft Dry dock to be made ready for sinking. 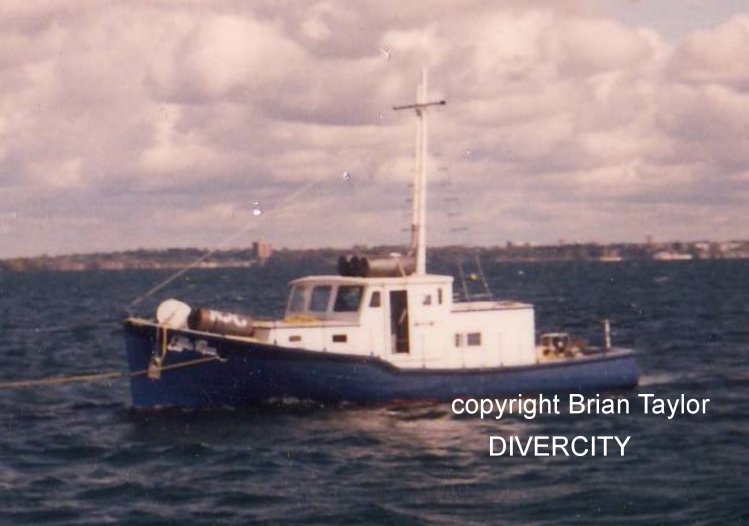 On Sunday October 17 1993, twenty five years from the date of her christening the Effie Mae was put to rest beside one of the historic shipwrecks she visited so many times before. To-day she is a valuable and much visited dive site sitting upright beside the wreck of the Schooner barge Aloha. A silent tribute to the two families who sailed and cared for her during her life above the waves…

Local divers affectionately refer to the wreck of the “Effie” as “Ken’s wreck”. Ken Mullings, a very active member of Preserve Our Wrecks provided most of the work getting the authority to sink the ship, provided most of the labour to get her ready for sinking, worried, paced and fretted until she was finally put to rest. 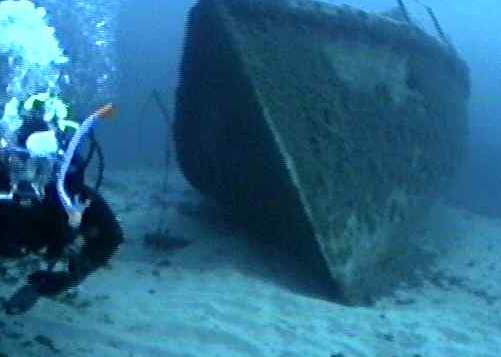 “Well Sort of put to rest” It seems he didn’t like the first place the Effie landed. So he convinced a number of divers and a charter boat captain to help him lift the hull gently off the bottom and pull her to exactly the right spot. This was accomplished with no damage…. Ken is now Happy!!!!