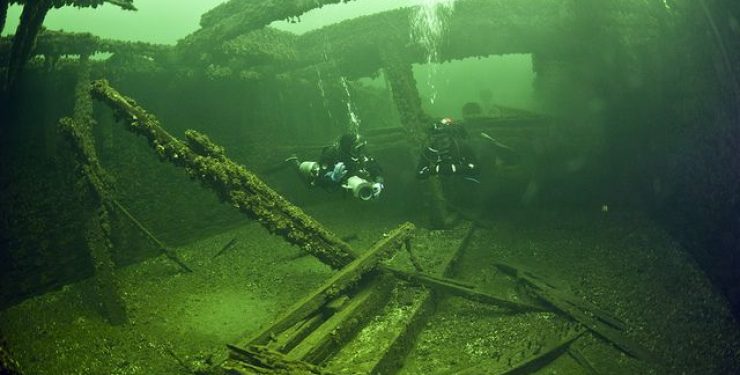 Scuttled in the 1920’s this wreck has several access points allowing for divers to enter and swim through its entire length. She rests in 75ft of water. 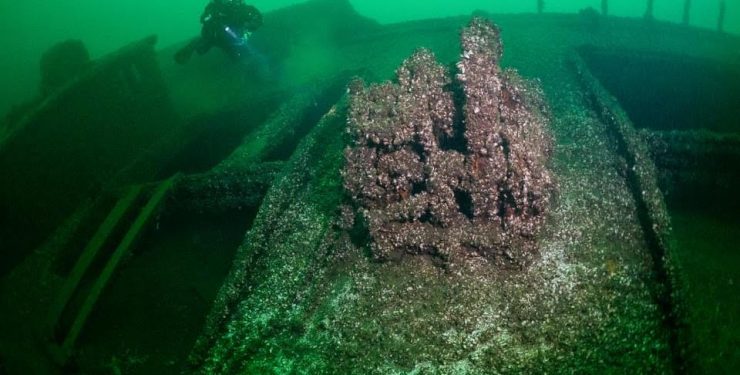 A well intact steel freighter built in 1898, she sank in 100ft of water during the spring storm of 1945. The wreck sits on its starboard side and it is here where her lifeboat and crane have come to rest. Divers can enter the Davey’s cargo hold and explore within. 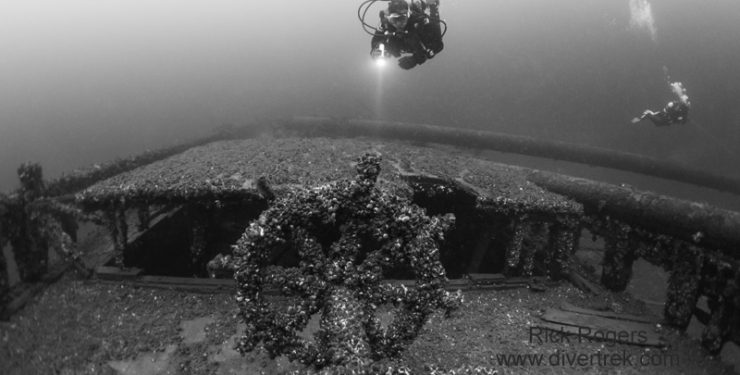 A beautiful schooner that dramatically sunk in a heavy 1883 november gail, the Eureka is one of the most intact sailing ship wrecks found anywhere in the world. She lies upright at 120ft and is strewn with features such as deadeyes, ships wheel, capstan, anchor and crows nest. 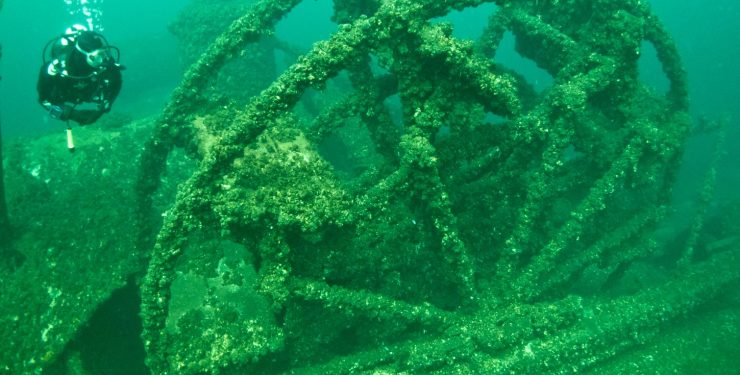 In the fall of 1989 a new discovery in this area proved to be one of the most historic of the early Canadian steamboats, the iron hulled side-wheeler Cornwall. The following is an article written for The Kingston Whig Standard by One of the people who located the wreck. Diver and marine historian: Rick Neilson. Launched in… Read more » 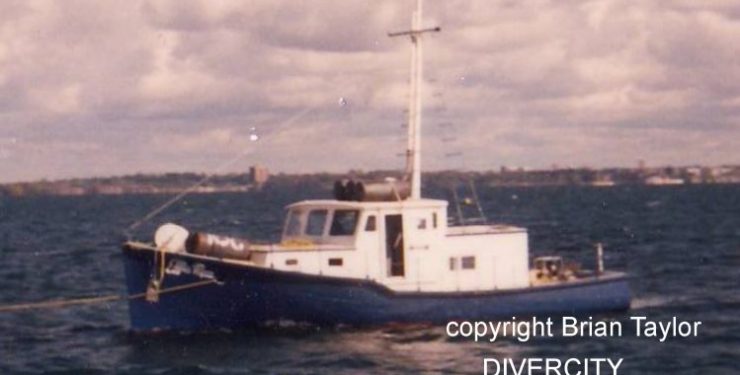 In the fall of the year 1917 a schooner barge was being towed into Kingston’s harbour in the midst of a troublesome storm.. Heavily loaded with coal the old timbers, of a vessel built in the late 1800’s, could take no more and the Aloha was swallowed up by Lake Ontario’s fury.. The tow vessel… Read more » 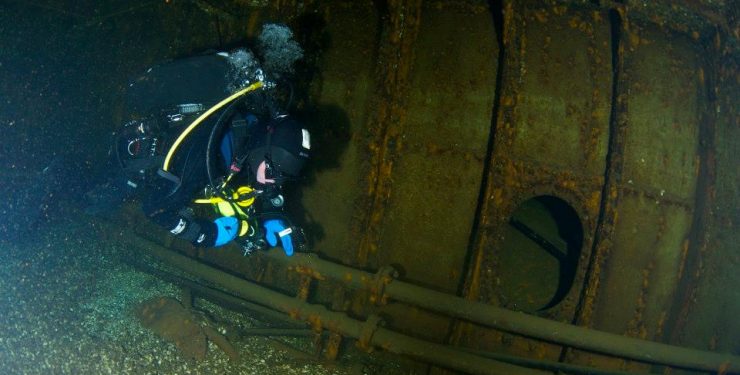 A Collingwood Ship yard built The Ottawa Maybrook and a sister ship during the last days of World War II, they were originally designed as 206 ton, 164ft, class C Coastal Freighters. Built to be delivered to China as part of an aid package by the Canadian Government. The war ended, China fell to the… Read more » 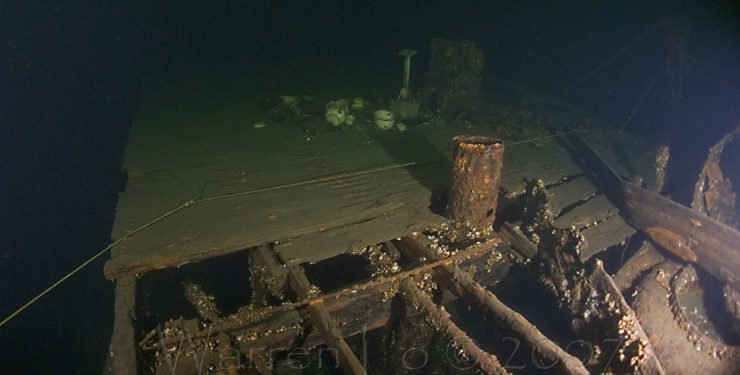 The Munson was a Belleville based steam powered dredge. In the year 1890 it was being towed back to Belleville after completing a job in Kingston by the Emma Munson. About a mile southeast of Collins Bay the vessel started to take on water and sank just off Lemoines Point. It sits upright in 112 feet… Read more » 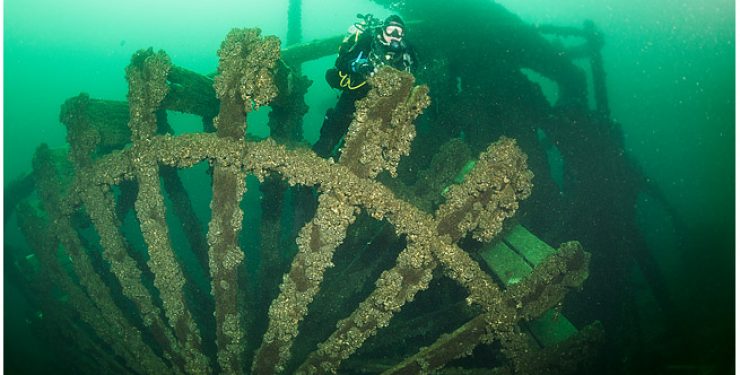 The Comet was built by a gentleman by the name of George Ault at Portsmouth village (which has since been swallowed up by the city of Kingston) in the year 1848. The ship was a steam driven side paddle wheeler of some 175 ft long 24 ft in breadth and 10 feet in depth. In 1851… Read more » 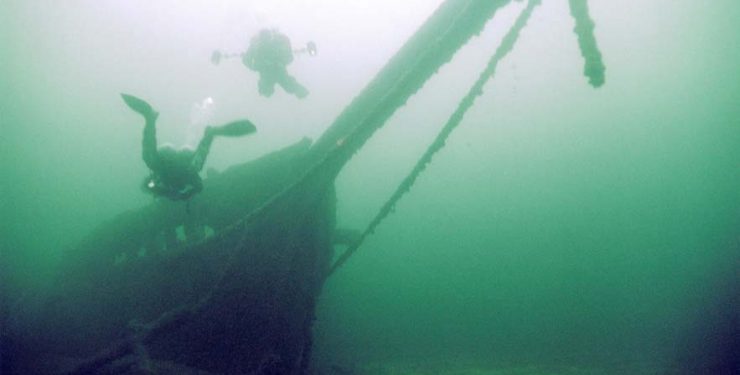 It was a beautiful 8th day of August in the year 1917. The George A. Marsh cleared American waters for the trip across the expanses of Lake Ontario. She was on her way to the picturesque city of Kingston with a load of much needed coal for the Rockwood Hospital. The Sowards Coal Company had… Read more »